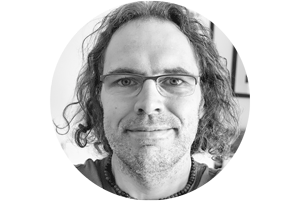 With all the Covid-19 vaccination fuzz, I wanted to get a feeling of "how far is it away for me". But I don't want to check Impfdashboard manually. I want to get the information provided to me. Since I'm on Twitter regularly, I figured, why not write a bot for that.

I like the fun of Progress Bar 20xx, so I decided to create something similar. What I had in mind was like this:

I wanted the bot to be written in Python. And run somewhere independently from my local machine. I first was thinking about some cloud services. But since our Synology server idles 90% of the time anyway, I decided to put it in a docker container and run it there regularly.

On RKI's official page, I found a link to an Excel table and already expected the worst. I began investigating the table and was cursing, how one can provide such an automation unfriendly format. By pure chance, I clicked on the second link on the page, which leads to the BMG: COVID-19-Impfdashboard. I was quite surprised, that I found a link to a TSV file in the download area. Thank god I hadn't started with parsing the Excel document.

Lesson learned: It's worth digging for data.

I use Pandas for reading and parsing the data. This might be a bit oversized for the task, but it's quite convenient.

Note: I got the POPULATION from the Statistisches Bundesamt

A word about the projected date: I first started with the median over all days in the dataset. The depressing result kept me thinking. Since I try to stay positive, I hope, that the vaccination speed increases. Over time, that for certain would relativize the projection date. On the other side, I thing (not being statistician), that it would not reflect a realistic result. Therefore, I decided, to only take the medion of the last seven days to calculate the speed to project the date. I hope, that this leads to a better result.

This was quite interesting. Not so much from the technical challenge, but it showed, how we complicate things for ourselves sometimes 😂.

I started evaluating different Python visualization libs and fiddled around with Matplotlib for example. Just to realize after some time that this all was way too complicated. So I started thinking: What if I simply draw it myself. How difficult can it be. It turned out, it's not complicated at all, thanks to pillow. In the end, it's only 4 shapes and one text:

In principle, this is straightforward as well. But the devil is in the details. The number formatting led to some gray hairs and the "when are new data available" logic was quite interesting as well.

First of all, I had to set up a new Twitter account for my bot to post to: GermanyVaccinationProgress. I found it quite amusing that Twitter shortened the display name to @GermanyProgress. This leaves room for other projects, as soon as the pandemic is over.

Quite frankly, setting up the account and the profile, getting developer access and create the Twitter project was the most time-consuming part of this section. It's surprising how long one can search for a proper profile picture...

I use tweepy. This library gives me all the access to the Twitter API I need. One first creates an API object to authenticate to Twitter:

Having the logon credentials read from environment variables becomes handy when running the docker container later on.

Posting the status update is a two-folded process. First, you have to upload the image and then attach it to the post. But overall it's straight forward:

To format numbers with groups separated by ., I wanted to use the Python locale.format_string() function. It has a handy parameter grouping=True which formats numbers with groups. However, in my locale de_DE this would not work. No matter, what I did, no . appeared.

locale.localeconv() revealed, that in the locale de_DE the 'thousands_sep' is set to '' 🤦‍. Why would somebody do that? Fortunately, the separator is correctly set for monetary formatting. So, internally the numbers are monetary values now:

"When are new data available"-Logic

I wanted the bot, to only send a status update, as soon as a new dataset was available. Unfortunately, the only thing I know is: "The records are updated once a day". Quite un-determinable. Knowing the German authorities, one can narrow it down to "between 9:00 and 17:00", but that's it.

In principle, this is easy, store, when the last post was created, and what the date of the dataset was locally in a file. Then one can check against that. However, I planned to run the bot in a docker container, so I didn't want to go through the effort to map an external volume to the container to persist data on. Inside the container wasn't an option either, because it would be gone as soon as I create a new one.

But wait a minute. I already persist the data. In the Tweet. There is all I need. The post date, as well as the dataset date, which is, per dataset definition (thanks again to German authorities), always the day before - god forbid we would have real-time data. Since I don't post anything else on the channel, this logic would work. Also for days without new datasets (you know, we don't get data on weekends, either).

Deploying the Bot to My Synology Using Docker

Creating a docker image for such a small project is straight forward as well:

Now, we can build the image with the following command:

This already led to the first error: The command '/bin/sh -c pip3 install pandas' returned a non-zero code: 1. Fortunately, this problem was already reported. So, I switched my base image to

Now, the image could be executed from the shell:

This led to the next surprise while executing: locale.Error: unsupported locale setting. It's called python:slim for a reason. This can be fixed by adding

to the docker file.

To upload the docker image to the Synology, I have to export (and zip it first):

Now it can be imported to Synology (or any other service like AWS). I timed it to run every 2 hours between 9:00 and 22:00. It sends me a mail when anything goes wrong. For setting up the task, the following sites were helpful:

Overall it was a nice little project, I invested my day-off in. I would say it was pretty normal: developing the "main thing" didn't take long, really (thanks to the "batteries included" concept of Python). It was the little things - like the number formatting - that cost time. On the other hand side, that is where we learn, right?

You can find the complete project on Github

Update: Added some words about how I calculate the projected date.